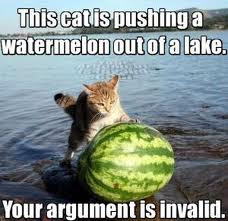 One word whose pronunciation often ‘trips up’ students (and teachers) of EFL/ESL is invalid. Is this term stressed on the first or second syllable? Are variant pronunciations possible? Many times I hear people (mainly Italians) pronounce the sentence My ticket is invalid with stress on the in- syllable and sometimes others pronounce the phrase treated as an invalid with stress on val- rather than the correct in-. But why so much confusion?

In English the word invalid is pronounced in different ways according to which part of speech it is. If it is an adjective meaning ‘not valid, not correct, not legally acceptable’, or indeed ‘not recognized by a computer’, it is pronounced (ˌ)ɪnˈvælɪd, -əd, the in- being a prefix used in English to make the opposites of an adjective or adverb or to indicate a certain lack of something in nouns, e.g. inaccuracy.

If, on the other hand, invalid is a noun or an adjective meaning ‘sickly or disabled’, or indeed a verb with the meaning of ‘forcing someone to leave the armed forces because of an injury or illness’, it is pronounced with stress on the first syllable, thus ˈɪnvəlɪd, -əd. Now, in British English another option is also possible: ˈɪnvəliːd. This pronunciation, which is definitely not based on the spelling, came into English from Latin via the French invalide, ɛ̃valid. General American normally selects KIT or the schwa in the last syllable, but renderings with the long and tense iː are possible, too.

The vagaries of English stress don’t always cause problems to non-native speakers, though. When I was a student at university, one of my teachers (an English mother-tongue speaker from Greater London) pronounced the word continuity with main stress on the second syllable, *kənˈtɪnjuˌɪti. When I told her the standard pronunciation was ˌkɒntɪˈnjuːəti, ˌkɒntə-, -ɪti, thus not based on the verb continue, she looked extremely puzzled and embarrassed. It was probably a slip of the tongue, you might say, although I have to concede that it wasn’t the first time I had heard her say *kənˈtɪnjuˌɪti. Well...

Is there anyone out there who uses or indeed has heard native speakers use this kind of (odd) pronunciation?

Posted by Alex Rotatori at 2:37 pm