Last May I was walking down the lovely streets of the town I live in and I was given a leaflet in English advertising guided tours of the Etruscan tombs scattered in the neighbouring area. As soon as I started reading it I noticed that the level of the translation was absolutely appalling. That is why I have decided to post and comment on parts of it here. At first I thought they were just typing errors, but I was wrong. See for yourself: 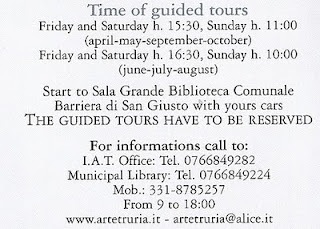 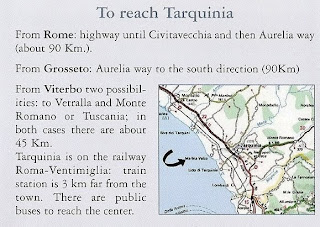 I think my little cat can speak better english than whoever did this translation! Oops, sorry! It should be 'better English', shouldn't it?
Posted by Alex Rotatori at 10:14 pm