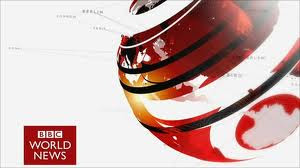 In today’s blog I’d like to discuss the pronunciation(s) of a word I heard last week on the BBC: (‘)ndrangheta, the Italian criminal organization centred in the southern region of Calabria.

This word was pronounced in three different ways by three BBC journalists on the 8th March. Duncan Kennedy, BBC news reporter from Rome, pronounced it nəˈdræŋɡətə; Mike Embley, who I talked about in my blog for 5th of March, said something like ˌəndræŋˈɡetə; and yet another BBC newsreader, whose name I don’t seem to recall now, pronounced it nəˈɡreɪtə. Three different pronunciations in the space of just under an hour. But who was right? And who was wrong? Are all those variants acceptable in English?

According to Wikipedia, the term ‘ndrangheta is said to have come into Italian from the Greek word andragathía (ἀνδραγαθία), meaning “heroism” and “virtue” or andragathos (ἀνδράγαϑος), a blend of andròs (“man”) and agathòs (“good”), “a courageous man”. In many areas of Calabria, Wikipedia further adds, the verb 'ndranghitiari, from the Greek andragatizomai, means “to engage in a defiant and valiant attitude”.

In Italian, the word is variably pronounced anˈdraŋɡeta, n̩ˈdraŋɡeta, sometimes even inˈdraŋɡeta (listen here), although I’d say the most common pronunciation appears to me to be the first one. One reason for that could be that the word is practically always used with the definite article la and thus appears to be regarded as a chunk by native speakers rather than a sequence of two separate words: la ‘ndrangheta lanˈdraŋɡeta. (Canepàri seems to agree with me since his dictionary entry too includes the feminine article: ‘ndrangheta, la lanˈdranɡeta. l-.) Another reason lies in the fact that Italian has a phonotactic structure which tends to be characterised by C+V sequences. Following this constraint, it is easy to understand why lanˈdraŋɡeta would be more common than ln̩ˈdraŋɡeta. (For most Italians indeed this last pronunciation would seem impossible! I’d never use it myself!)

In the case of English, we have here a foreign word whose pronunciation is not recorded in any of the current pronunciation dictionaries and which violates English phonotactic norms – syllable-initial n̩- is in fact not possible or indeed very very uncommon in English. That’s why, going back to our journalists above, two of the BBC newscasters attempted a pronunciation with a schwa before and after syllabic n̩, which in their speech became non-syllabic ən and nə respectively.

Both nəˈdræŋɡətə and ˌəndræŋˈɡetə are then to be regarded as possible and acceptable anglicizations. What I can’t tolerate is nəˈɡreɪtə, which to me sounds like a very bad attempt at trying to imitate an Italian-style pronunciation, but without success.