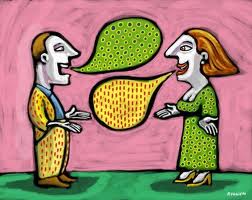 I recently took a quick straw poll among my Facebook friends to see what pronunciations they prefer of some of the Italian words and phrases I have been discussing on my blog. Unfortunately, only 8 people took the trouble to answer my questionnaire – which is a bit sad, I think. Of all the Italian native-speaker teachers I know, only one cared to answer, and of all the students I’ve taught, only one responded in a very enthusiastic way. Thank you all, anyway!

However tiny my sample of respondents might be, I suppose it’s always interesting to analyse what their answers were and speculate on Italian pronunciation trends. So here are my findings (I leave you to judge them in the light of what we’ve been covering so far on this blog):

zoo: 5 out of 8 people said they pronounce this word as dzɔ; 3 went for dzɔo

stage: 5 of my respondents said they pronounce it staʒ; 3, on the contrary, went for steidʒ

report: all my 8 Facebook friends pronounce it with stress on the first syllable: ˈrɛport, -pɔrt (I didn’t ask whether they use an open or a more close vowel in the second syllable.)

decoder: 6 people pronounced it with an open ɔ vowel; only 2 said they prefer the closer variant with o

internet/Internet: 7 people said they pronounce it with stress on the first syllable; 1 person didn’t answer

all(-)inclusive: 3 said they pronounce it with stress on the second syllable of inclusive; 5 with main stress on in-

Of course, as I said, this is just an extremely informal survey which has very little in the way of “scientific validity”, but it does confirm one thing: in Italy people are not particularly interested in phonetic matters! I wish things were different!

Happy New Year!
Posted by Alex Rotatori at 9:00 am No comments: 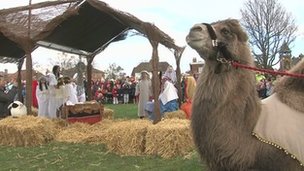 Happy Christmas, everyone!
Posted by Alex Rotatori at 9:00 am 15 comments: 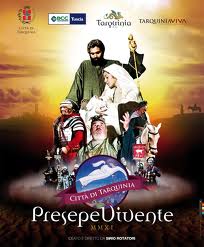 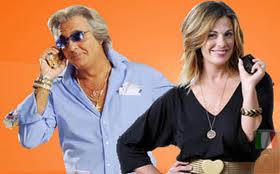 I shall be busy with a conference next week. Next post in two weeks’ time.
Posted by Alex Rotatori at 10:07 am No comments:

On phonetics and elocution

Imagine you’re a non-native speaker of Italian at quite an advanced level of the language and want to learn more about Italian pronunciation. What do you do? What book can you consult?

I’m afraid, there’s no easy answer to these questions. This is essentially because, as you already know, in Italy there is NO REAL book about Italian phonetics! OK, there are many manuals on elocution, some on general phonetic matters, and some which DO contain information about Italian pronunciation, but they are all written from a prescriptive point of view. Basically, there is NO book which presents an objective account of what native speakers of (“standard”) Italian really say.

These thoughts of mine are triggered by the recent release of a book published by HOEPLI entitled Manuale professionale di dizione e pronuncia (2011; Milano: HOEPLI). The authors are Giancarlo Carboni, a professional actor, and Patrizia Sorianello, Professor of General Linguistics at the Università degli Studi di Bari.

Their book is not just a speech training manual but also a volume on general phonetics and on aspects of Italian pronunciation. In it, one can also find a chapter on phonetic transcription and the principles of the IPA, plus a page (p.28) showing the 2005 IPA chart in full.

The book, which also comes with an audio CD, is not only aimed at managers, actors, singers, lawyers, TV and radio presenters, journalists and politicians – the authors stress in the introduction (p.viii) – but at teachers and students as well. In Italy, they point out, all schools and universities should teach the “correct” pronunciation: it is only by doing this – they conclude – that we can accomplish the task of unifying Italy.

In several chapters the authors furnish lists of “rules” for “correctly” pronouncing words containing e, o, s, and z in their spelling. They also stress, though, that in reality the situation is much more complicated, especially as far as e and o are concerned. As you know, Italians vary a lot between e and ɛ and between o and ɔ, even in the same word. To give you just an example, collega is traditionally kolˈlɛɡa when it means ‘colleague’ and kolˈleɡa when it means ‘(it) links/connects’. I say kolˈlɛɡa for both, and like me many other native speakers of Italian! So why do Mr Carboni and Ms Sorianello insist that kolˈlɛɡa  for both meanings is wrong (p.135)? What’s the point of having  to differentiate the meanings of these two words on the basis of the pronunciation of the e when most native speakers just don’t do it?! – and we all understand each other perfectly well! The answer the authors provide in the book is: clarity. But, believe me, NO native speaker of Italian would get confused between the noun and the verb I’ve just mentioned! In this particular case, clarity seems to be just an excuse for keeping the Tuscan tradition alive.

As far as s and z go, Carboni and Sorianello rightly say that z is now more common in intervocalic position, as is dz in initial position. So, for example, they correctly transcribe words like zio (‘uncle’) and zucchero (‘sugar’) dzio and ˈdzukkero (p.170) respectively. But why not allow tsio and ˈtsukkero (or indeed ˈtsukkɛro) as well? After all, these variants are still to be heard from native speakers across the length and breadth of the country and they do not bring about any difference in meaning or misunderstanding whatsoever!

And what’s wrong with ts instead of traditional s before n, r, l? After all, epenthetic t has now become increasingly widespread among native speakers and can frequently also be heard on all television channels. Why is, for instance, ˈpɛntso (penso, ‘I think’) not acceptable? Is it again because of clarity?

Maybe Mr Carboni and Ms Sorianello just don’t know what ‘clarity’ means... To help them, here’s a quote by Daniel Jones (The Pronunciation of English; 1956, p.4-5) on the difference between “good” and “bad” speech:

“’Good’ speech may be defined as a way of speaking which is clearly intelligible to all ordinary people. ‘Bad’ speech is a way of talking which is difficult for most people to understand. [...] A person may speak with sounds very different from those of his hearers and yet be clearly intelligible to all of them, as for instance when a Scotsman or an American addresses an English audience with clear articulation. Their speech cannot be described as other than ‘good’”.

There’ll be no post next week. Next posting in December.
Posted by Alex Rotatori at 3:22 pm 6 comments: