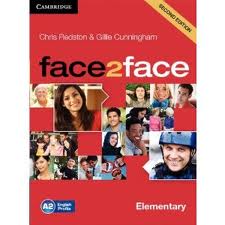 The new 2nd edition of the best-selling general English course for adults and young adults face2face Elementary, published by Cambridge University Press (2012) in its fully updated and redesigned version, is a real treat for those students who want to learn to communicate successfully in English and understand simple dialogues with native speakers. The 2nd edition now features a DVD-ROM and a lot of new material, including interesting exercises on pronunciation and listening comprehension:

"Help with Pronunciation sections enable students to improve their pronunciation and help them to communicate more effectively."


In an improvement on the 1st edition, every unit now has special sections devoted entirely to  teaching students the sounds of English, how to correctly place stress in words/phrases/sentences, and syllabification. Take a look, for instance, at page 63 where students learn to master the difference between ɔː and ɜː: (As ever, click on the picture to enlarge it.) 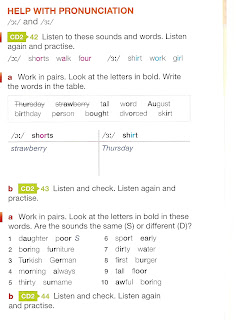 (I notice that the authors, Chris Redston and Gillie Cunningham, rightly assign poor to the vowel sound ɔː. Despite what many EFL learners think, the pronunciation pɔː is today increasingly replacing pʊə in British English and is therefore to be recommended to (elementary) students. See LPD, pp.627-628.)

As in the previous edition, every new word/phrase/compound presented in each unit is accompanied by information indicating stress (represented by a little 'bobble' above the relevant accentable syllable). On page 62, for example, students learn that the expressions designer clothes and fashion magazines have different stress patterns: designer ˈclothes but ˈfashion magazines. Difficult words/expressions are also transcribed phonemically. The transcriptions offered are mostly error-free, though I've spotted some minor typos: on page 142 fridge is transcribed as fridʒ rather than frɪdʒ and croissant is given as ˈkwæsɒ (p.136) rather than ˈk(r)wæsɒ̃. Also can't is regularly transcribed as ka:nt for British English instead of the correct kɑːnt (see, for example, p.51).

What really is new from a phonetic point of view is the so-called "Help with Listening" boxes. These are sections informing students of the existence/use of weak and contracted forms in English. These boxes include phonemic transcriptions indicating which forms are more common in natural English speech and which pronunciations are rare or to be avoided by the EFL learner. Have a look at the following scans, from pages 36 and 56 respectively: 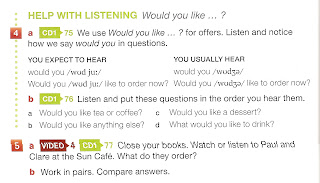 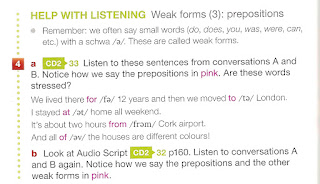 "Copy the stress and weak form of than. Sharm's more beautiful than /ðən/ Cairo." (p.75)

"Listen and notice the two different ways we say going to. Both are correct. a How are you going to /ɡəʊɪŋtə/ celebrate tonight? b I'm going to /ɡənə/ meet some friends in town." (p.91)

These extremely welcome and useful pronunciation activities, which help students understand natural spoken English in context, coupled with a completely redesigned interactive Language Summary including all new vocabulary, grammar and functional language (pp.127-154), make this book one of the best English courses for elementary students I've ever seen.

This blog will now take an extended break. Next posting: Monday 22nd October.
Posted by Alex Rotatori at 9:00 am 5 comments: 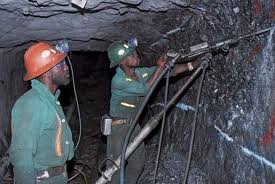 Posted by Alex Rotatori at 9:00 am No comments: 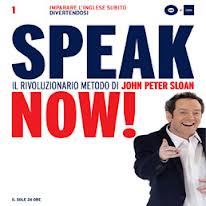