Valeria Della Valle is Professor of Italian Linguistics at the Università la Sapienza, Rome, whereas Giuseppe Patota teaches History of the Italian Language at the Università degli Studi di Siena, Arezzo. Both our academics stress in the introduction to their book (p.XVI) that they prefer to be called descriptive linguists:

(‘As we have many times stated in our books, and as our readers will notice in this one, we prefer descriptive to prescriptive rules, because they can tell us exactly how our language works.’)

On page XVII of the introduction they conclude by making the following remark:

(‘when we get questions concerning the correct usage of one form or another, we often answer that there is no single way of expressing a particular concept. The rule is that there isn’t only one single rule...’)

I’m sorry to say, though, that none of what you’ve just read is what you’ll find in the book. The entire 267-page volume is dismayingly riddled with expressions like “la pronuncia corretta è” (‘the correct pronunciation is’), “bisogna usare” (‘one has to use’), “bisogna dire” (‘one has to say’), etc. The authors are far from being descriptive!

In the first chapter, dedicated to the alphabet, Ms Della Valle and Mr Patota discuss the names of some of the letters which are quite unusual in Italian spelling (j, k, w, x, y). As far as the letter j is concerned, they make it absolutely clear that “in italiano questa lettera va chiamata i lunga, non jay” (‘in Italian this letter is to be called i lunga [=’long i’], not jay [=as in English j]’). Why? There’s no reason why j should be called in only one way. After all, the overwhelming majority of younger people today call it dʒɛi! Even Canepàri, who is usually very prescriptive, lists this as a possible pronunciation in his DiPI (2009, p.294): ilˈlunɡa,ˈdʒɛi, ˈdʒei, ˈjɔd, ↓ˈjɔta. (The symbol ↓ indicates that the last variant, according to the author, is to be regarded as ‘slovenly’ and thus to be avoided.)

On page 20, the authors provide the readers with a list of 30 words which in Italian have two (or more) possible pronunciations. But in their opinion only one of these is right. So, for instance, amaca (‘hammock’) is aˈmaka not ˈamaka; cosmopolita (‘cosmopolitan’) is ˌkozmopoˈlita, not ˌkozmoˈpɔlita; dissuadere (‘to dissuade’) is ˌdissuaˈdeɾe, not ˌdissuˈadeɾe or indeed ˌdisˈswadeɾe. Why such useless rigidity? In Italian all these variants are perfectly possible and indeed extremely common!

Among these words there’s also a relatively recent one: Internet. But how does one pronounce it? Is the main stress on the first syllable or on the last one? Well, the authors of Viva la Grammatica (pp.25-26) say that

(‘the original pronunciation is Internèt [=with stress on the last syllable]: this pronunciation is used not only in the USA and Great Britain, but also in Spain, Latin America, France and Germany.’)

Of course this is absolute nonsense! Internet in both British and American English is stressed on the FIRST syllable; in Spanish and French it is stressed on the last; and in German again on the FIRST, like in English. In Italian both ˈin- and -ˈnɛt occur, the former variant being more common than the latter.

The explanation furnished by the authors for the preference in current Italian for the stress on the first syllable is that “chi parla avverte Inter come parola a sé, separata da net, e la pronuncia con l’accento sulla i” (p.26) (‘native speakers regard the word as a compound made up of Inter and net, and thus put the stress on the i’). I think this is not the case, particularly since the term Internet came into Italian from the English. When Italians first started using it (about 1995, according to the Devoto-Oli 2011), they borrowed it directly with its original English stressing. 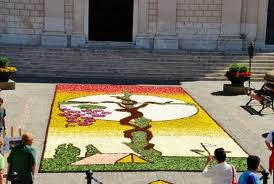 Glottal stops (and other stuff) yet again!

I’ve found a video on YouTube of an English teacher called Richard answering the question “What is a glottal stop and when is it used in English?” put to him by one of his students. After introducing some technical terms, Richard provides simple examples of the possible use of the glottal plosive in English: the word cat, he says, can be pronounced both as kæt and kæʔ, and but as bʌt and bʌʔ. So far, so good.

Before syllabic /l/, /m/ and /n/? In informal speech? What language is he talking about? And did you notice how he pronounced the adjective syllabic? ˈsɪləbɪk. I must admit it is the first time I’ve heard this type of pronunciation!

And here’s another example he furnishes:

Quite connected with the above is the pronunciation used by BBC reporter Raphael Rowe. According to information provided by the BBC, Raphael

“was born and brought up in south-east London and he joined the BBC in 2001 as a reporter for the radio news programme, Today. His tone, style and accent was different to that normally heard on the flagship programme and caused an immediate stir amongst the Traditional Radio 4 audience. But Raphael’s path to becoming a reporter has been unique and remarkable indeed. [...] Through his singular background, and as the first person of mixed race to report for Today, the Six O’Clock News and now Panorama, Raphael has helped re-write the rules on what makes a BBC reporter.”

a video in which Raphael introduces himself and talks about what it’s like working at Panorama. Notice how he produces glottal stops in getting, bottom, curiosity, reporters, presenters and democratic. This is of course admitted in his accent but not (yet) in RP.

Finally, here’s a short video of the Panorama programme Track My Trash, broadcast last Sunday night on BBC World News and on Monday on BBC One. As I was watching the programme, I couldn’t help noticing Raphael’s realization of gathering as ˈɡævərɪŋ (at 00.04 in the clip) and of thumb pronounced as fʌm (00.53, 0056). These are clear examples of th-fronting, a phonetic effect typical of the broad accent of London.

Also, if my memory serves me well, he regularly pronounced system as ˈsɪstɪm rather than the more common and (at least for me) less old-fashioned ˈsɪstəm. 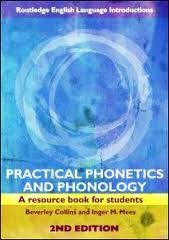 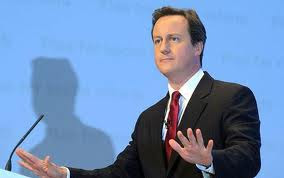