This week, one of my students asked me what the correct pronunciation of the Scottish place name Inverness is, to which I answered that it is ˌɪnvəˈnes (RP), ˌɪnvɚˈnes (GA). He then told me that, when he went to Scotland, he heard people pronounce it with main stress on the first syllable, thus ˈɪnvəɾˌnes.

To be honest, I’m not aware of this kind of pronunciation – maybe some of my Scottish readers out there might be able to shed light on this!

One thing I can say, though, is that my student might have got confused with a phonetic phenomenon very common in English which we call ‘stress shift’. Stress shift, in principle, can apply to any word that has a secondary stress before its main one. In practice, though, it is most likely to apply to those words which are regularly followed in a phrase by a more strongly stressed one. Thus Inverness is ˌɪnvəˈnes or ˌɪnvɚˈnes in citation form, but in the phrase Inverness train it is most likely to be pronounced as ˌɪnvənes (ˈtreɪn), ˌɪnvɚnes (ˈtreɪn).

My readers may recall that I have already discussed the topic of stress shift in one of my past posts. On the 30th October 2010, I talked about the pronunciations of the term Halloween, highlighting the fact that the way we pronounce it in English generally depends on the presence/absence of the word that follows it: Halloween ˌhæləʊˈiːn, but Halloween party ˌhæləʊiːn ˈpɑːti.

Although stress shift is usual in English, it is not categorical. As Professor Wells puts it in his book English Intonation: An Introduction (Cambridge, 2006),

“[s]peakers do sometimes choose not [sic] apply it, downgrading an initial accent instead (...). Nevertheless, EFL learners are recommended to treat stress shift as a rule that should be applied. An accent pattern of the type I underˈstand ˈclearly is rarely heard from core native speakers of English. Rather, it is typical of EFL.” (p.232)

The online resource Forvo offers a very good example of stress shift in the expression Inverness-shire. (By the way, Forvo is a website with sound files demonstrating the pronunciation(s) of roughly 800,000 words in 267 languages. Anyone can upload a sound file showing how they pronounce a particular word.) Of the two speakers that we get, both male and from the UK, mooncow pronounces Inverness-shire by applying the stress-shift rule, whereas FrazJan doesn’t stress-shift. Listen to both of them here.

If we then check how native speakers of English pronounce Inverness on its own, we get 3 speakers (two from the UK and one from the US) who all have a pronunciation with primary stress on the last syllable. Listen here.

Cambridge University Press has just released the second edition of The TKT Course, Modules 1, 2 and 3, by Mary Spratt, Alan Pulverness, and Melanie Williams.

As my readers will recall, back in July 2010 I posted a blog on the first edition of the same book, criticising the definition of “diphthong” provided by the authors. On that occasion, Scott Thornbury, one of the reviewers of The TKT Course and author of The CELTA Course Trainee Book (Cambridge, 2007), promised to amend the incomplete definition in any forthcoming editions of both his CELTA Course and The TKT book.

Well, I’m really glad to say that he has kept his promise: on page 22 of The TKT Course, diphthongs are now described as “a movement from one vowel sound to another within a single syllable”. Well done the authors (and the reviewers)!

Despite this improvement, though, the second edition of The TKT Course is to my mind worse than the first one. Just skim through chapter 3 of the book, which focuses on the phonology of English, and you’ll notice a lot of inaccuracies and howlers. For instance, on page 21 we read: “the distinction between /s/ and /sh/ is an important one in English, where it helps distinguish (...) between words such as so and show, sock and shock, sore and shore, etc. But in Cantonese, you can use either the /s/ or /sh/ sound in words without changing their meaning”. I think you mean /s/ and /ʃ/?! /sh/ is definitely NOT a symbol recognised by the IPA – which the authors claim they have adopted in their book and in the exam (cf. p.22).

At the bottom of page 21, after stressing the importance of the difference between the orthography of English words and their pronunciation(s), the authors provide a chart of “the phonemes of English”. But no! The chart supplied in the book only represents some RP sounds. What about General American, Australian English, or New Zealand English, for example?

On page 23, the main features of connected speech are outlined. One of them is “vowel shortening in unstressed words and syllables, e.g. the schwa sound /ə/ in at home /ət həʊm/ or London /lʌndən/”. Wrong! Although the preposition at in its citation form is pronounced æt and in connected speech it becomes ət, London (ˈlʌndən) is pronounced in exactly the same way both in isolation and when it occurs in a phrase or sentence. Also, why did the authors decide to leave out the stress mark in the phrase at home and the place name London when stress and rhythm in English are at the basis of those simplification processes typical of connected speech that are referred to in the Key concepts section?

When it comes to discussing linking on the same page, the authors state that “this happens particularly when one word ends in a consonant sound and the next one starts with a vowel sound (...), or when one ends with a vowel sound and the next starts with a vowel sound” (p.23). The explanation is clear but the two examples they provide are to my mind a bit misleading or even wrong. The phrase her English is transcribed hɜːr‿ɪŋɡlɪʃ but her only ends with a vowel sound in RP, not in GA. And go away is transcribed ɡəʊwəweɪ (rather than ɡəː əˈweɪ), which I would regard as totally incorrect, simply because we don’t say that in English. (By the way, Professor John Wells has already addressed the issue of ‘linking semivowels’ on his excellent blog, describing them as “figments of the imagination”. You can read what he says here and here. Make sure you also read the comments to his posts as they are really interesting!)

At the end of the chapter the authors offer a series of follow-up activities and a TKT practice task so that teachers can review the unit’s content and become more familiar with the TKT task formats and level. The exercises also have answers which readers can find at the end of the book, but some of these are either wrong or inaccurate:

· How many phonemes are there in the term game? The answer says 3 but you could regard game as having the following structure as well: CVVC. In this case 4 would be equally correct, but for some reason this would be considered as wrong in the exam (cf. p.238; also see question 7 on page 26). Why?

· On page 238 the GA pronunciation of afternoon is transcribed as æftənuːn but everyone knows that GA is rhotic and so the correct phonemic transcription should be ˌæftərˈnuːn.

· The word exercise is transcribed eksɜːsaɪz (p.238), but the second syllable is never stressed and has a schwa rather than a long vowel: ˈeksəsaɪz.

· On page 25 the authors ask which of these three words contains a schwa in connected speech: a) fantastic; b) expert; c) photograph. The only answer they provide is c), but fantastic can also be fənˈtæstɪk, rather than the usual dictionary pronunciation fænˈtæstɪk.

· On page 26 one of the questions is “which word contains a diphthong?”: a) male; b) meat; c) music. The only answer provided is a), although meat could also be considered as correct as its vowel in RP today is usually realized diphthongally: mɪit. Cruttenden (2008, p.106), in his book Gimson’s Pronunciation of English, says that today a “slight glide from a position near to [ɪ] is common among RP speakers, being more usual than a pure vowel”; and Roach (2009, p.20), in his English Phonetics and Phonology, stresses the fact that although the phonemes iː and uː “are usually classed as long vowels [,] it is worth noting that most English speakers pronounce them with something of a diphthongal glide”.

· On page 115, teachers have to choose the correct phonemic transcription of the words given. Among these is the term vocabulary, whose pronunciation according to the authors is vəkæbjuːləri (cf. p.246). But no! It is vəˈkæbjuləri or vəˈkæbjələri, as the vowel in the third syllable is never long in RP and can be reduced to schwa.

Well, what can I say? – I don’t think I need to add anything else: the facts speak for themselves! 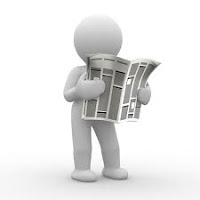 In today’s post I just want to list some words which have been in the news recently, and make a few general observations about their pronunciation(s):

Algiers (ˌ)ælˈdʒɪəz (“established anglicization”, according to the Oxford BBC Guide to Pronunciation), ˈældʒɪəz

Brisbane ˈbrɪzbən (according to EPD, this is the established pronunciation in Australia), ˈbrɪzbeɪn

Posted by Alex Rotatori at 3:30 pm No comments: 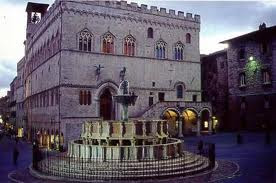