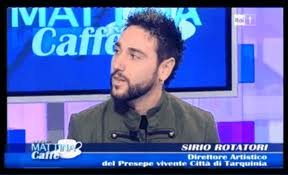 Phonetic inaccuracies in the Hazon Garzanti Dictionary of English

On 20th November 2010 we discussed the phonetic transcriptions of some rather common headwords/suffixes offered in the 2010 Hazon Garzanti Dictionary of English, a dictionary widely used by both students and teachers of EFL throughout Italy. Back then we noted that “most of the pronunciations the authors provide for English are either old-fashioned or not the established ones at the moment”. I therefore concluded my post by pointing out that

“[...] using the 2010 Hazon Garzanti Dictionary for checking how words are really pronounced in English today is NOT a good idea. Italian students of EFL may risk sounding fairly old-fashioned (especially the younger generation) and are therefore strongly advised to use LPD 3 or CPD or ODP for checking pronunciations, and Hazon Garzanti (or indeed any other good monolingual/bilingual dictionary) for the meanings of words”.


In this week’s post I’d like to call attention not to the transcriptions contained in the dictionary but to the phonetic descriptions of vowels and consonants furnished in its introduction.

On page XVII we find three tables showing the phonetic symbols used in the dictionary for the vowels, consonants, and diphthongs of English. These are accompanied by example words in both Italian and English, and are sometimes followed by a brief description in Italian of the way the sounds listed should be articulated.

Here are the vowels (click on the picture to enlarge it):

Even more shocking is the suggestion on the part of the authors that the English vowel ɜː is like the vowel sound in the French word heure, œʁ, which is a front rounded vowel similar to a lip-rounded ɛ, and that the schwa is an “«a» quasi muta” (‘a nearly mute a’)!

As far as the diphthongs are concerned, notice, for instance, that English aʊ is exemplified by the vowel sound in the Italian word ciao, tʃao: this is a very infelicitous choice. I suppose it would have been more acceptable if the authors had added a note specifying that Italians, in extremely “intimate” or colloquial situations, can pronounce the second part of the diphthong in ciao with excessively rounded lips, thus producing something more like aʊ. But I admit that this would probably have been virtually incomprehensible to most readers of the dictionary.

English ɹ is exemplified by the Italian word riva (‘shore, bank’), in which the r is a trill, not a postalveolar approximant (or retroflex in the case of many types of American English); for English z, the authors provide the Italian reso (‘rendered; given back, returned’), which Italians can pronounce with both z and s; for ŋ, the French term cinq (‘five’), sɛ̃c, is given, where a word like banca (‘bank’), ˈbaŋka, for example, would have been more appropriate. For ʒ, they provide another French word, George, when in fact it would have been more suitable if they had suggested a word like giorno (‘day’) and added the note “pronounced the Tuscan way”, that is ˈʒoɾno. And what can we say of θ and ð, described respectively as “«th» sonoro” (‘voiced th’) and “«th» sordo” (‘voiceless th’)?

The Hazon Garzanti Dictionary of English is published by Garzanti Linguistica. This is how they describe themselves on their website:

“Garzanti Linguistica is a leading publisher of dictionaries.

Top-quality contents, scholarly precision and an innovative approach have made Garzanti Linguistica one of the most prestigious names in the dictionary field.

The Garzanti publishing company first became involved in languages in the 1960s with the publication of its highly-acclaimed large-size dictionaries: the Italian Dictionary and the Hazon English-Italian Dictionary. These works [...] brought together the publishing and communication skills of the compilers and the teaching experience of writers and experts from various fields.

This unique combination ensured excellent quality levels for the contents, making Garzanti Linguistica one of the most authoritative points of reference for students, professional people and anyone simply wanting to improve their knowledge of languages.

Since those early days, the number of Garzanti Linguistica dictionaries has greatly increased, with the addition of other languages (French, German, Spanish) and other sizes and versions (medium-sized, pocket-sized and elementary) to meet all user needs.

Continual changes and developments in the languages have led to the dictionaries being constantly revised and updated to ensure the ongoing quality of the works, and to allow them to become true records of living language.”

I’m speechless with shock!
Posted by Alex Rotatori at 9:00 am 2 comments: