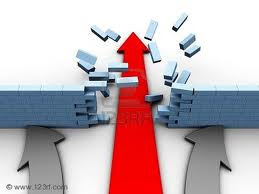 In my last blog entry I touched upon the concept of ‘breaking’ in phonetics and I promised I would expand a little bit on that this week. So, there you go.

When the diphthongs aɪ and aʊ are followed in a word by r plus a vowel, a schwa off-glide may develop in RP before the liquid. The r sound can be in the same syllable as PRICE and MOUTH, as when we go from ˈkaɪr.əʊ to ˈkaɪər.əʊ, but it can also occur in a separate stressed syllable, as when some RP speakers pronounce irate (ˌ)aɪəˈreɪt or direction daɪəˈrekʃn̩. This process is variable, with many RP speakers only having the -aɪər- and -aɪəˈr- sequences and others only the ones without the ə. Others still fluctuate between the schwa-ful and schwa-less pronunciations.

But how is breaking treated in pronouncing dictionaries? Do CPD, LDP, and ODP mention it? Do they transcribe Irish as ˈaɪərɪʃ or as ˈaɪrɪʃ? Or do they include both variants?

In LPD, all words with MOUTH or PRICE in RP followed by the sequence r+V are transcribed with a superscript schwa (ə), thus indicating that a certain term can optionally be pronounced with or without a schwa off-glide: pirate ˈpaɪərət, -ɪt; Maori ˈmaʊəri.

On page 103 of the dictionary, readers also find a language panel dedicated to ‘pre-r breaking’ (the kind of process we’ve been describing so far) and ‘pre-l breaking’, the insertion of ə before l in words like deal diːəl, oil ɔɪəl, and jail dʒeɪəl.

As far as CPD is concerned, here’s what Roach & Co. have to say on page ix of the introduction:

“before an /r/ consonant at the beginning of a following syllable, the distinction between /aɪə/ and /aɪ/ seems to be neutralised – it seems to make no difference whether one represents ‘Irish’, ‘irate’ as /ˈaɪə.rɪʃ/, /aɪəˈreɪt/ or as /ˈaɪ.rɪʃ/, /aɪˈreɪt/, since there is no regular distinction made in pronunciation. In general, the practice of this edition is to transcribe such cases as /aɪə-/.”

Finally, let’s look at ODP. In this dictionary, the authors’ practice is to never transcribe breaking for RP. Thus, Irish is ˈʌɪrɪʃ (with Upton’s ʌɪ for aɪ), irate is ʌɪˈreɪt, and Maori is ˈmaʊri.

As far as General American (GA) goes, though, Konopka et al. claim that diphthongisation of vowels before r is possible and they show it by an optional mid-central vowel within round brackets: so fire is GA ˈfaɪ(ə)r and four is GA fɔ(ə)r (cf. p.xvi).